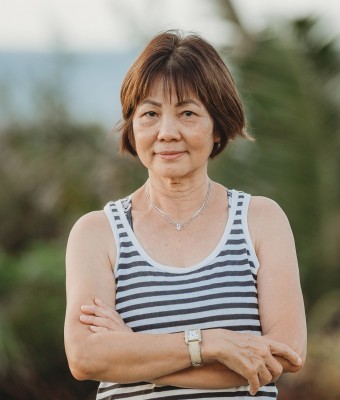 Christmas Island will always be in Choy Lan Seet’s heart and soul as she continues to tell the story of the islanders and how far they’ve come as a community.

Her own story began in the British colonial era and continues through to the phosphate mine and the immigration detention centre, which are still operating.

“I was born and bred on the island and my entire life has been shaped by my experiences living on this small, beautiful, and innocuous dot in the Indian Ocean,” she says. 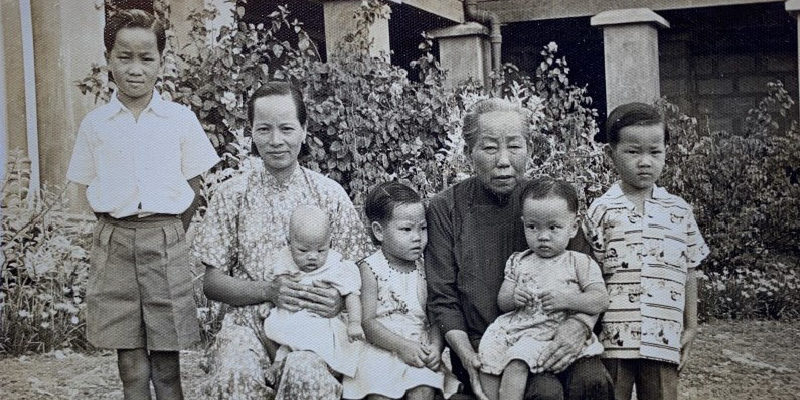 “My father, Seet Pew, was only 19 years old when he first landed on Christmas Island in the 1930s. When he heard of the possible employment opportunities in Singapore, he left his hometown in Canton, now called Guangzhou, to seek a better life for his family.”

At the time, the agency required labourers, who were known as coolie or mai chee chai in Cantonese, to have a permanent blue tattoo stamped on their left wrist.

“The tattoo signified that they were essentially the legal property of the contractor and the Christmas Island Phosphate Company,” says Choy Lan.

“It is also believed to have been a way of ensuring people who were sacked from the island could be identified so that they would not be re-employed by the company.

Choy Lan recalls that living and working conditions were both exceptionally poor on Christmas Island, with large families often expected to live in tiny accommodation and wages so low that they had to catch or grow their own food to survive.

“I remember the ten of us were crammed into a single bedroom unit with my parents and their seven children, including me, sleeping inside and my grandmother sleeping outside on the veranda,” she says.

“My father’s wages were so low that without any overtime work on the weekends, he would have to resort to fishing in order to put enough food on the table. We reared our own chickens and grew vegetables in order to help us make ends meet.

“While we were impoverished, I can’t help but look back at these times with nostalgia. We enjoyed our simple and safe childhood years on the island. We had a very close and harmonious community, even though we were all living very modest lives.”

At the time, the British Phosphate Company (BPC) was responsible for everything on the island including shipping, transportation, roads and housing. BPC provided healthcare and medicine through the hospital and entertainment through the cinema.

Choy Lan says segregation was commonplace in the 1960s, including the two swimming pools and the schools. The CI Asian School was for the Malay and Chinese children, while the school at the settlement that is now the Tom Paterson Pre School was for the Caucasian children.

The Singapore education system existed in those days, but by 1975 it had been replaced by its Australian counterpart.

“This new regime brought a teacher by the name of Michael Grimes to the island, who kickstarted the eventual formation of our trade union, the Union of Christmas Island Workers (UCIW),” Choy Lan says.

“My parents and those of their generation did not realise the unfair and unjust reality that they were living in on the island. They accepted the lives they had and the conditions in which they lived because it was a better life than the one they left their country for.

“They were content and secure in the idea that they could live in their own close-knit community and raise their kids in relative peace and safety, but like every generation, their kids wanted more.”

By the early 1970s, Choy Lan’s father had reached the age of 55 and the BPC decided he should retire. She recalls that his sudden and forced retirement after a lifetime of work caused immense stress and anxiety, particularly because he was required to leave Christmas Island, his home of 40 years, to start a new life in Singapore.

“My parents, grandmother, and three younger sisters left the island in 1973,” she says.

“In December 1976, a resettlement scheme was implemented by the Australian Government to encourage long-term residents to leave the island, which most of us did.”

Choy Lan moved to Perth in June 1977, but she returned to Christmas Island in April 1978 to work as an office secretary at the UCIW.

Michael Grimes left Christmas Island in late 1978 and was succeeded by Kevin Edwards, who had been the industrial officer. Gordon Bennet would arrive in 1979 and become the union leader.

Choy Lan says it was with his great leadership coupled with his intelligent and effective campaigning that Gordon fought for and achieved important rights for workers on Christmas Island. This included wage parity with Australian mainland workers, permanent resident status for non-Australian citizens, and improved living and working conditions.

“His work continues to have a lasting impact on those who live on and who have left the island,” she says.

“It is one of the greatest honours of my life to have had the chance to work alongside the late Gordon Bennet, Tai Ko Seng, who tragically passed away in 1991, Michael Grimes, who passed away in 2019, and Kevin Edwards at the UCIW.”

The biggest challenge to the way of life on Christmas Island came in the late 1980s when the Australian Government closed the phosphate mine, sparking a mammoth effort from the community to form a new company to reopen the mine and restore the jobs that had been lost.

“The reopening of the phosphate mine in 1990 was a very important chapter of my life,” Choy Lan says.

“Having closed in 1987, it was incredibly hard to believe that we, the UCIW, would be successful in our fight against the Australian Government to reopen the mine. I still remember the day when I collected $1 million in cash at our tiny union office for the mining investment fund to reopen the mine.

“This was the result of a three year long legal battle in Federal Court where our stubbornness, our belief and our singlemindedness fought and won against the Commonwealth Government.”

The company the community formed is now called Christmas Island Phosphates and it is still in operation, continuing to play a prominent role in keeping the island’s economy stable.

According to Choy Lan, this fact alone means past, present, and future communities have, and can continue to live on the tiny multicultural island, making it a home like no other.

“The island and its people have come a long way,” she says.

Choy Lan says it is also this legacy that gave Christmas Islanders a reason to start a union.

“This reason has led to a mining company that to this day is not only prosperous but has diversified and kept the island community story alive and vibrant,” she says.

“As Bob Hawke once said, the island story has to be told.”