It was 1963 and Beatlemania was sweeping across Europe.

It was a banner year in world history – US President John F Kennedy was assassinated. Martin Luther King gave his “I Have a Dream” speech. And Ron met Brigitte in a French nightclub.

The Beatles were at number one with She Loves You, but the popular song set the soundtrack for Ron meeting the love of his life.

When Brigitte came into the nightclub with a large group of friends, the Brigitte Bardot-lookalike turned everyone’s head.

But Ron knew they were destined for much more.

They didn’t meet until the next night, but that fateful encounter set the stage for a life full of adventure that would take them from the South of France to Australia – and Christmas Island.

“We met in the South of France,” Ron remembers. “My brother and myself were singing in a nightclub down there, because that was what we did.

“Brigitte came into this club, and that’s the story. She came in with a lot of friends. She looked like Brigitte Bardot! 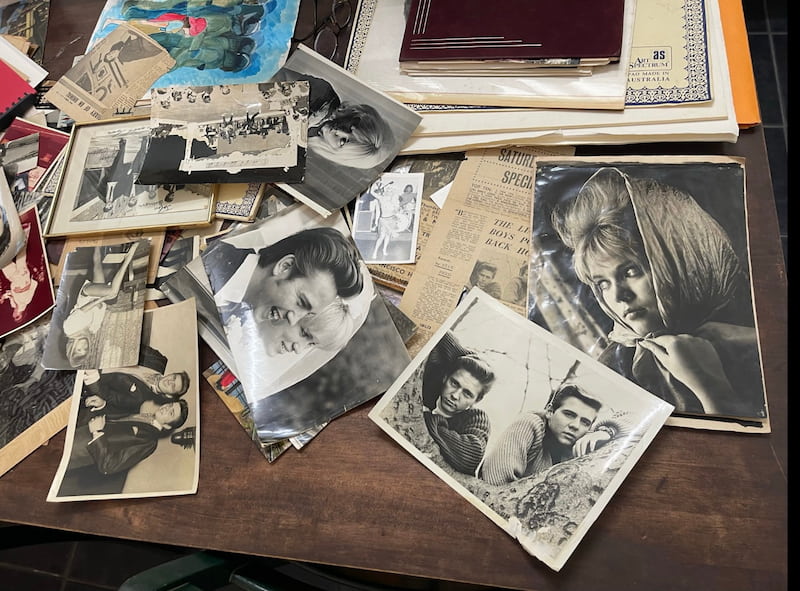 “We were married in 1964. George Harrison got married the same day.”

But while Brigitte is the love of his life – music comes in a close second place.

And playing in nightclubs gave Ron the opportunity to meet some of the biggest names in music – starting with John Lennon, Paul McCartney, Ringo Starr and George Harrison.

“We were working and recording in Paris with Berkeley Records,” Ron said.

“We were performing in Paris and the Beatles’ publicist Brian Somerville came to see us and said, ‘Come to the George V Hotel, you’re having lunch with the Beatles."

“It was strange, that’s all I can say. They were number one all around the world everywhere – and they were just normal guys. No snobbishness. No nothing. The best of them was Ringo.

“Beatlemania was everywhere. We were already booked to perform with the Rolling Stones in Paris you see.

“We also worked with Jerry Lee Lewis and Chuck Berry. 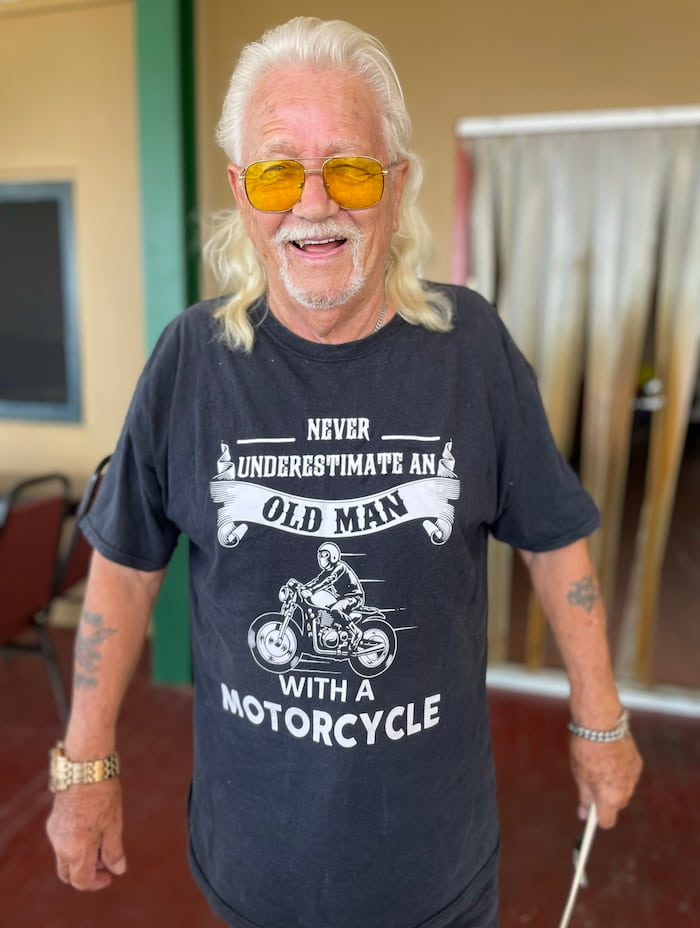 “We’d already toured in Beirut for six months, then we went to Jordan. We also went to Baghdad and then to Cairo. Cairo to Athens, and then from Athens to Istanbul. We were all over.”

“When he put the development of Christmas Island Casino together, he told me all about it and said, this was where I should be working.

“And I sold everything and then said to Brigette, ‘you’re not coming to Perth, you’re coming to a tropical island!

“Well, when we first arrived on the island, I came up to the casino as the marketing manager.”

When they first arrived, the casino wasn’t opened and there was a lot of litter. So the casino staff rolled up their sleeves and got to work.

“For two months, all casino staff from everywhere, cleaned the island up. And then we got the casino ready, and they opened up in ‘93.”

While Ron started as the marketing manager, and then later the director of international marketing, Brigette joined the casino’s security team, their son Oliver worked with private jets and daughter Karin was a croupier.

“The island was great, such a different place,” Ron added. “Outside of the shops they had fridges and beer in there, all sorts of things in the fridges – no locks, just honesty boxes.

“Every year there was this big dance, a ball. People were dressed up men in suits, ladies in ballgowns it really was something else.

“The island itself is completely different to everywhere else we’ve been – and we’ve been to Bali, we’ve been to Singapore, Kuala Lumpur and all over Europe at the rock ‘n’ roll clubs,” Ron added.

“But the island was different, and the people were great. It's a completely different place – it’s safe, the children grew up here.

“They could go outside and play and no one took their keys out of their cars. We’d play spot the tourist. It's probably one of the safest places ever. And we’re almost COVID free. We would recommend the island to anyone who wants to come here.”

Ron remembers sailing past Christmas Island when he was in the Merchant Navy.

“Well, it was strange because when I was in the army, I was told I was going to Christmas Island. I actually sailed past, years later in the Merchant Navy,” he added.

“At one time they were taking more money in the Christmas Island Casino than all of the casinos combined in Australia.

“With my job, it was up to me to bring the big players in. I’d get to go to Hong Kong, then Singapore the next week. Then it would be Jakarta or Bangkok.”

Brigitte also thrived, working as part of the security team at the airport, then at Christmas Island Casino. She also worked in security at the detention centre.

While she once won a Brigitte Bardot-lookalike competition, these days she runs a thriving shop called Lucky Luke’s, selling souvenirs, jewellery and clothing. 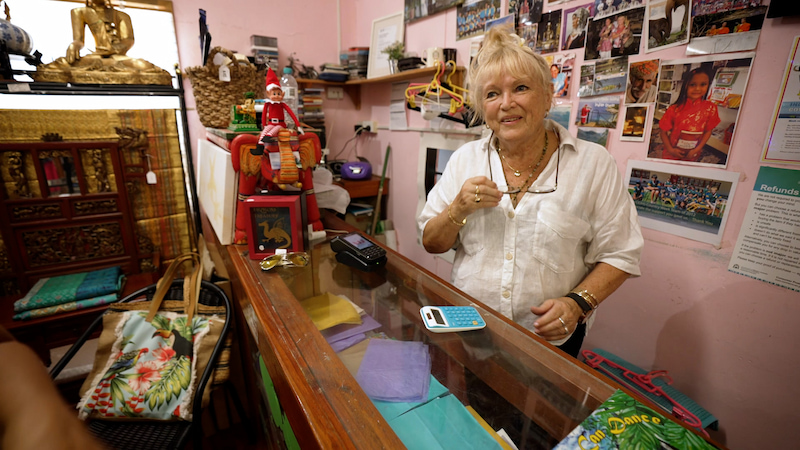 After the casino closed in 1997, Ron opened up a gardening business and also got a job working on the construction of the detention centre.

While Ron is in his 80s now, he’s still working, keeping busy with a job as a cleaner at the local recreation centre.

The couple’s daughter, Karen, has returned to Christmas Island, liaising between the state government and the Shire, while Oliver is a lawyer working for the Shire.

With three grandchildren studying at the University of Western Australia, the family splits its time between Perth and Christmas Island.

And while they’ve both lived a vibrant life, filled with travel and rock ‘roll’, Ron still remembers the community spirit in Christmas Island, saying that was one of the reasons why they chose the island for their home and to raise their family.

Ron, who is originally from London, said the whole family fell in love with Christmas Island’s culture.

“We loved everything,” he said. “We really like it here, we live here and the children were brought up here.”