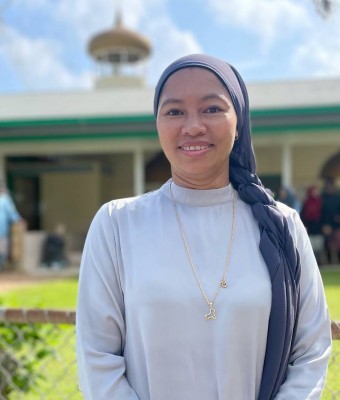 It’s 3:45am on Christmas Island, dawn hasn’t yet broken and 37-year-old Norazian Abdul-Halim is up and about preparing food for her family to eat.

“Usually, the moms or the ladies of the house are first up to reheat food or cook before the sun rises,” says Norazian, more commonly called Nor.

The pre-dawn meal is known as Sahūr and it’s a morning ritual during the Islamic month of Ramadan, which sees Muslims fast from sunrise to sunset.

“Some people have just a glass of milk and dates, but there are some people who eat a full meal before sunrise to prepare for the fast."

Ramadan is holiest month of the year for Muslims and Nor says it’s a beautiful time on the Island for spiritual reflection and growth, self-control, and empathy for those who are less fortunate.

“It’s also a time to spend with family and friends and a time we encourage generosity,” she says. 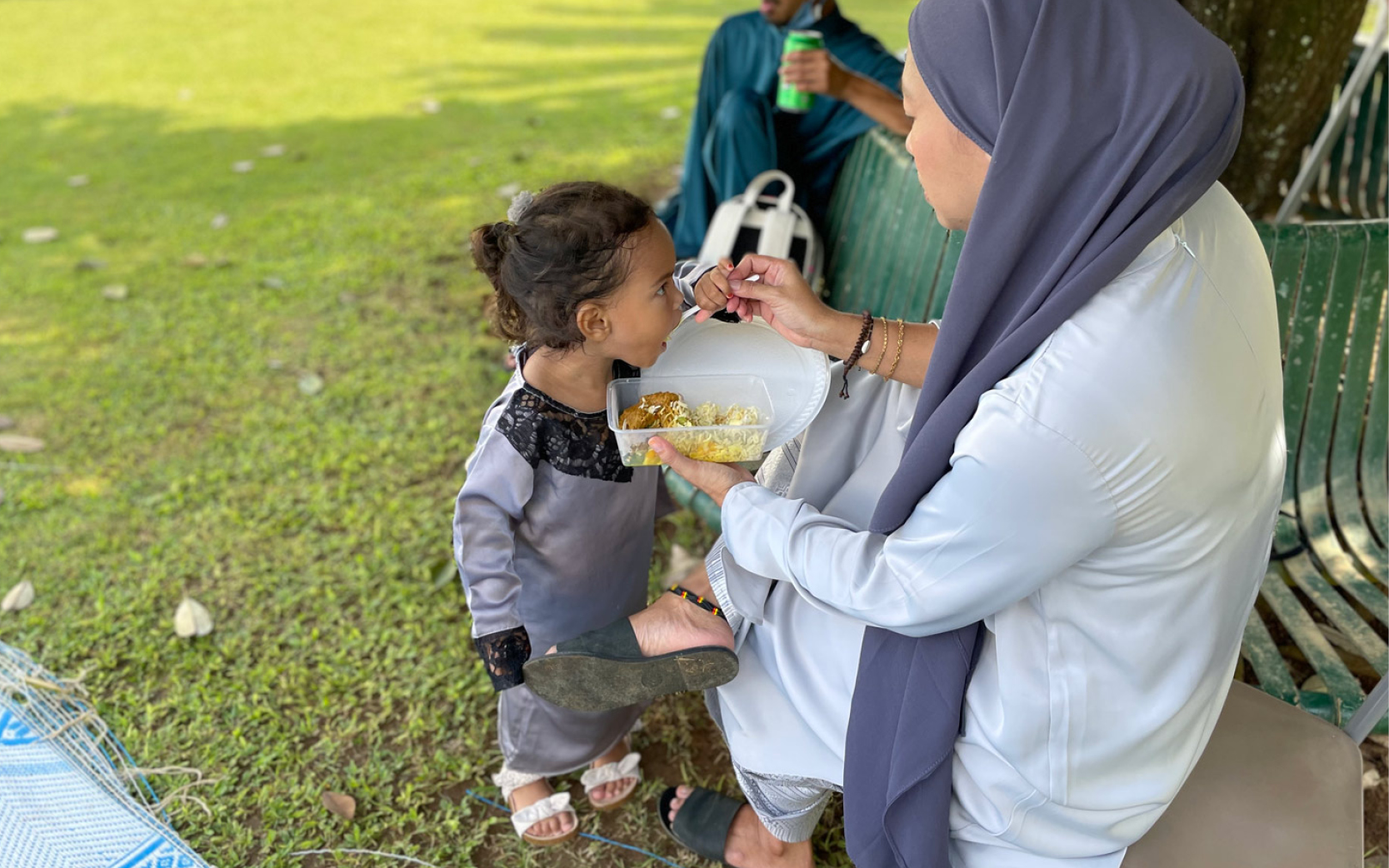 The Islamic month of Ramadan is timed with the moon cycle and usually falls around April on the western calendar.

Muslims believe that during this month, God gave the Prophet Muhammad the Qu'ran, Islam's holy book.

Most Muslims take part every year, though there are exemptions for those who are ill, pregnant or nursing, menstruating, or traveling, and for young children and the elderly. 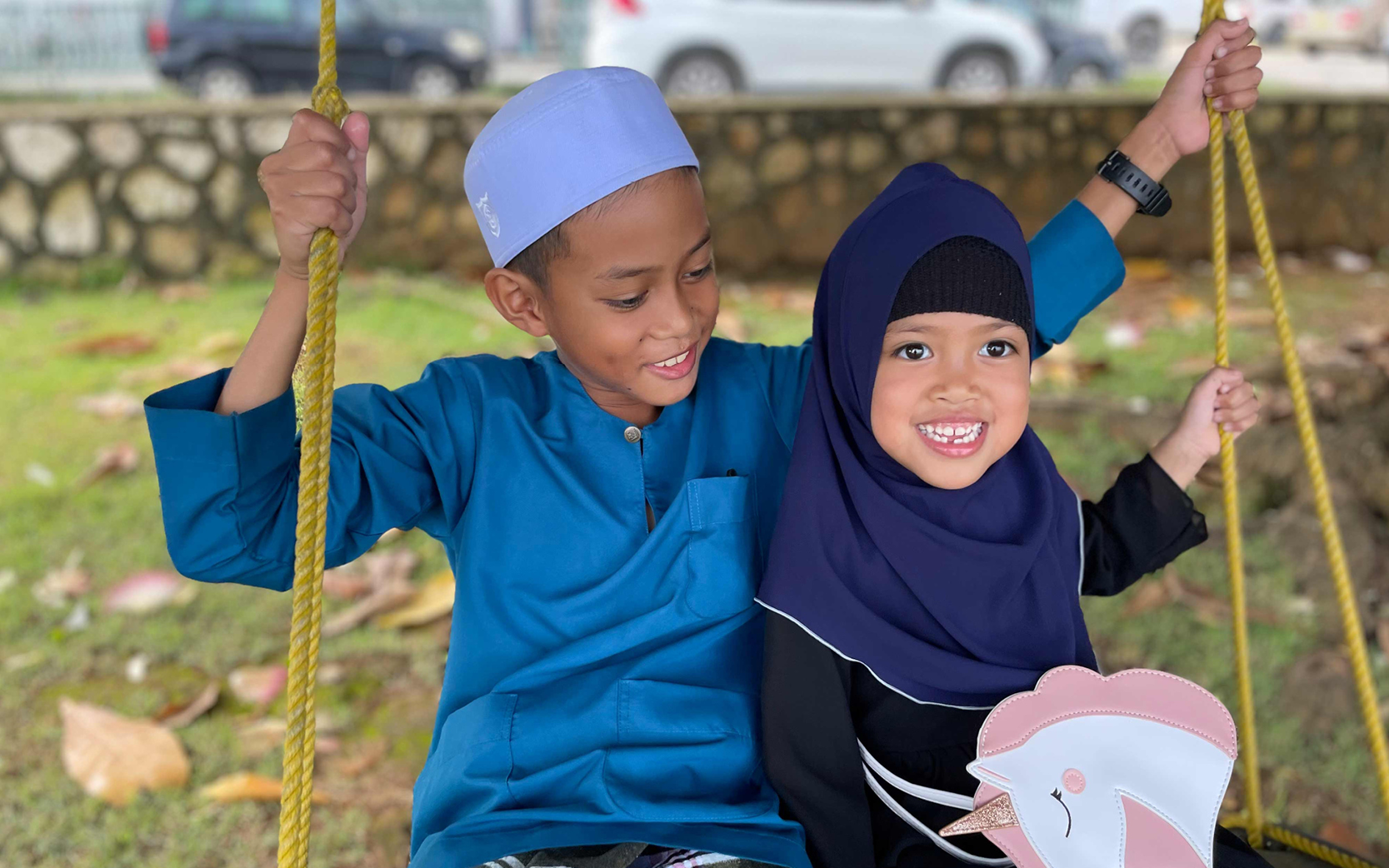 “From about seven years old, you can probably start training the children to take part with half-day fasting. And then as they get older, like eight, nine years old, then they kind of just want to fast full days anyway because all their friends at school are doing it,” Nor explains.

After Sahūr, a morning prayer is said and then many have to go about their normal duties despite not being able to eat or drink.

For Muslims, the practice of fasting serves several spiritual and social purposes. It highlights human frailty and dependence on God for sustenance.

Muslims believe it is a reminder of what it feels like to be hungry and thirsty, which evokes compassion for the poor and needy.

Nor says life distractions are reduced to dedicate more time to focus on a relationship with God.

Kampong of Muslims taking part in a special prayer called Tarawih,” she says.

“It’s performed eight times at night and it’s only done during this month.”

Nor says the idea behind fasting is to practice self-restraint, which is one of the pillars of Islam.

Not only do Muslims fast during this time, they also abstain from liquids, sexual activities, negative thoughts, and bad intentions.

“It’s very rewarding because we don’t just fast because it's our religion. For us, it's because we want to understand what it feels like when people around the world who are less fortunate than us don't have food on the table,” she says.

When the sun sets, Muslims on Island break their fast together, which is known as Iftar.

“Before the sun sets, we exchange food with neighbours, friends and family as a form of charity,” Nor says.

“As the sun sets, there is a call from the Mosque that invites us to break our fast, preferably with water and dates before a meal.”

When Ramadan ends, the celebration of Hari Raya begins. The term Hari Raya is Malay and means a ‘day of rejoicing’.

On Christmas Island it’s celebrated with a public holiday. It begins with a morning prayer at the Mosque, also known as Eid.

Before the prayer, the Islamic sermon Khutbah is delivered. Nor says this marks the end of the fasting month of Ramadan and welcomes the new month of Shawwal.

During this time, Zakat is mandatory. Zakat or ‘charity’ is when Muslims donate a portion of what they earn to those less fortunate.

“Zakat is where we donate through family members in Malaysia or Indonesia, or anywhere in the world and they send the money to charities or orphanages,” Nor says.

Seeking forgiveness from family and friends is also customary during Hari Raya.

“Family and friends seek forgiveness for any shortcomings, intentionally or unintentionally and some visit those who have passed on to say a prayer or put flowers on their grave,” Nor says.

In the afternoon many Muslims hold open house gatherings to invite their friends and families of all backgrounds to come together for a feast.

“During this time the house is decorated with lights and children are given Duit Raya, which is an envelope of money from the houses they visit,” she says. 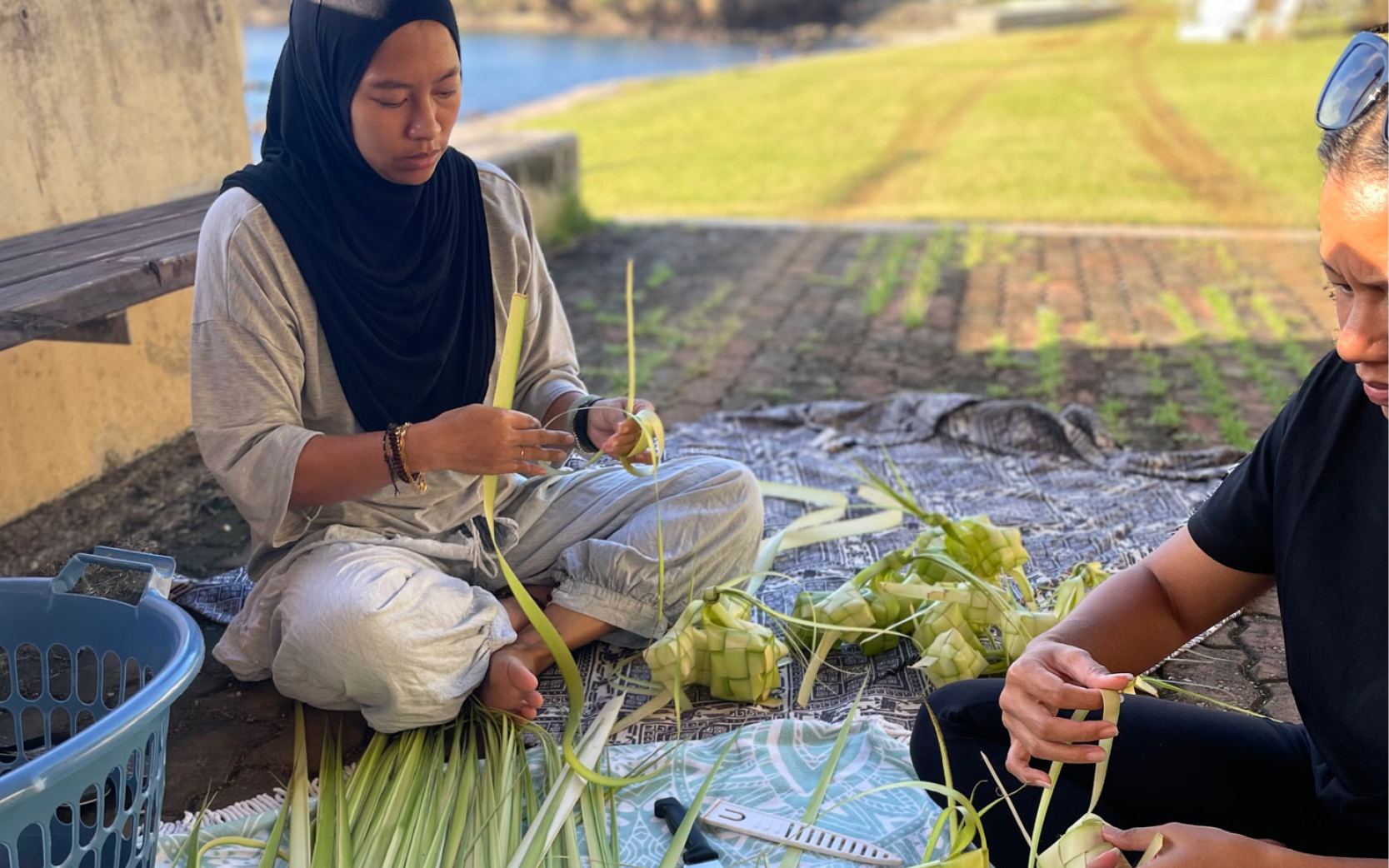 Food traditions include Kueh Raya, which is a variety of delicious cookie, and specifically to Christmas Island Ketupat, a coconut treat.

“A couple of days prior to Hari Raya, the men collect coconut leaves, and we sit together to weave ketupat,” Nor says.

And it doesn’t end on the public holiday. Hari Raya is a month-long celebration and a time to eat, give and spend time with loved ones.

Nor is on the Island’s Islamic council, which ensures the beautiful culture and traditions on Christmas Island carry on through generations.

The mother of three, who was born on the Island, met her husband while studying in Perth.

The pair chose the Island as one of their honeymoon destinations but never left.

“He found a job that he really liked, and he just said he liked the lifestyle, and I was like, okay,” Nor recalls.

“But I think one of the reasons why I wanted to stay here was to raise children here. If it's the same as how I was raised, then it's near perfect pretty much.

“I had the best childhood, lots of freedom, and it's just so safe and no crime. We don't lock our doors. We still have the keys in the car. And everybody knows each other. Everybody looks after each other.”

Nor says the religion on Island is strong, which keeps her community strong. She hopes the Christmas Island Ramadan and Hari Raya traditions will continue to be passed down and celebrated through the generations for many, many years to come.

“They say Ramadan is a time to empty the stomach to feed the soul, I want future generations of Christmas Island Muslims to continue to do just that and grow and keep our religion alive for years to come,” Nor says.