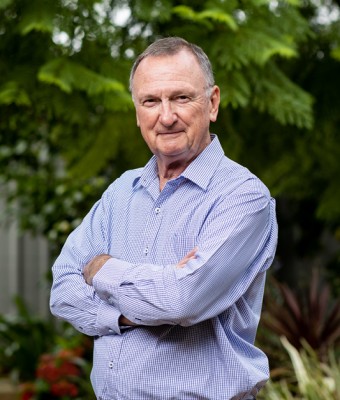 When Clive Brown first got the call to help save Christmas Island, he was simply doing his job, but his experience with the Islanders sparked a decades-long passion to preserve their unique community.

Thirty years later, Christmas Island is at a crossroads again and Clive, now a retired West Australian politician, is more determined than ever to see the Federal Government deliver clear policies to secure the Island’s long-term future.

“My initial involvement with Christmas Island came when I was the secretary of UnionsWA, which was then called the Trades and Labor Council,” he says.

In 1987, the Australian Government decided to close the phosphate mine, which had been the centre of Christmas Island’s economy and its largest employer. The decision forced many to leave their homes in search of work, but it motivated others to stay and fight for the mine to be reopened to save the community.

“On Christmas Island, particularly in the 90s, and even now to a degree, if you lost your job it wasn’t the case that you could go down the road and get another one,” Clive says.

“There were, and still are, people who want to stay on the Island, they’re committed to raising their families there, they have a great affection for it, and they don’t want to be forced off the Island because they no longer have an opportunity to earn an income.

“When the Australian Government closed the mine, the Islanders, particularly led by Lai Ah Hong and Gordon Bennett wanted it to continue so they could stay, and they believed it could be done.”

However, Clive says the Islanders faced two challenges: proving that the mine was viable and convincing the Australian Government to change its position to allow the mine to continue.

It was this second challenge that Clive was asked to assist with in his position as Trades and Labour Council secretary.

He embarked on a lobbying campaign, attended conferences and lodged multiple submissions to the government in a bid to change the decision and get the mine reopened.

The Islanders had also been working hard and had formed their own company, Phosphate Resources, with funding put in by community members, who became the first shareholders.

They were eventually successful, and the mine reopened in 1991.

Sadly, Gordon Bennett died that year following a heart attack, but Lai carried on as one of the founding directors, and Clive wasn’t done with the Island and its people either.

“There was a level of misunderstanding on the Island about the role of shareholders, because for the first time, the Islanders were shareholders of the company as well as workers,” Clive says. 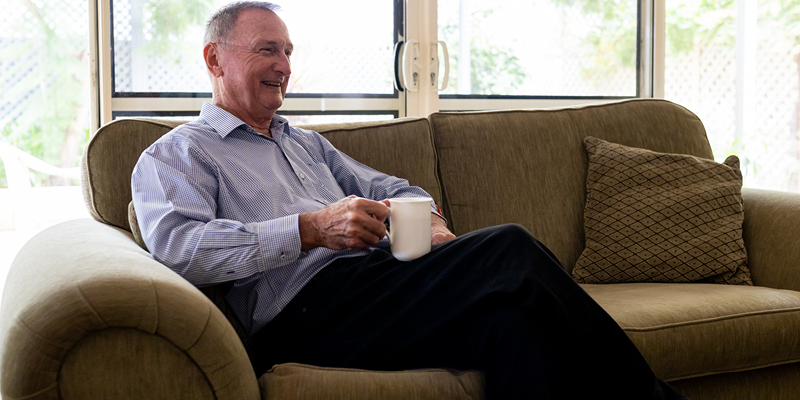 “Some shareholders believed that meant they were now also managers of the company and there were also some overlapping or contradicting roles between the Union of Christmas Island workers, the board of the company, and the local council – that was interfering with the good management of the company.”

The misunderstanding led to Lai calling Clive back to Christmas Island to help. He prepared reports for the company, the council, and the union in 1992, designating the differing roles between the three organisations, then left them to sort it out amongst themselves.

But the Islanders called again, and Clive was unable to resist returning. Within a matter of months Lai had asked him to join the board.

“Lai’s a good leader on the Island, he feels very passionately about it, and you can’t work alongside him for the many years that I did and not get caught up in this enthusiasm for what he wants to achieve, as he would put it, for the peoples,” Clive says.

“But also, when you’ve been to the Island as many times as I have, you get to know a good number of the members of the community whether they’re in the small businesses, mine workers, or government people, you understand why people want to call Christmas Island home.”

Clive was elected to the WA Parliament as the Member for Morley in 1993 and to Bassendean when Morley was abolished in 1996, but he stayed on as both director of the company and chairman of the board until 1999.

He went on to hold several ministerial positions in the Gallop Government, including Minister for State Development, but by 2007 he had retired from Parliament and was back as chairman of Phosphate Resources.

Although Clive retired from the company in 2019, he still has high hopes for Christmas Island and he’s eager to help guide it through its next big transition, which he believes lies in its growing tourism potential.

“For a long time, we have realised that the mine can’t go on forever because it stands to reason that once you mine out the resource, the mine then comes to an end,” he says.

“However, if it closed without a transition to another industry, like tourism, that would chop off what has always been recognised as the base of the economy and it would be very detrimental across the Island as mine workers would leave the Island and their children would leave the school, which would have an effect on the whole community.”

According to Clive, it is the need to transition the Island to a tourism-based economy well before the mine closes that requires clear and coherent government policy.

“Everything that happens on Christmas Island in terms of government policy is determined in Canberra, and because Canberra is a very, very long way from Christmas Island, policy makers sometimes forget it,” he says.

“Our greatest challenge has been, certainly in the last five to 10 years, getting a coherent policy for Christmas Island, in which the Government says that it wants a vibrant and viable community, and that it wants a mix of public and private sector employment, and therefore creates policies that enable that.”

For Clive, the policies needed include establishing exactly where business can develop on the Island in the future, types of businesses that will be allowed and whether triangle flight routes could be established to lower the cost for tourists hoping to enjoy a holiday in the idyllic community.

“There is a great opportunity for tourism on the Island, because it’s an interesting place and people want to go there, but there are barriers including the high cost of airfares, the need for more accommodation, and the need to offer tourism products like caving, tours, or fishing,” he says.

“It’s very difficult because business can’t go forward unless you know that there is land available on which you can create it.

“We know for example that you cannot do any large development in the national park, which takes up 63 per cent of the island, and everyone respects that, but we don’t have clear policy on what you can and cannot do outside of that.

“But I’m optimistic, I think the Government does want a sound future for the Island and I think it’s in the national interest because Christmas Island, along with Cocos Island, have a strategic importance to Australia and that needs to be maintained.”

More than 30 years may have passed since that first phone call, but Clive is still dedicated to securing the government policies that will guarantee Christmas Island a future.